We are a company association working together to strengthen the growth of the aerospace industry in Chihuahua City. There are 8 OEMs in the aerospace industry in Mexico. Six of them are located in Chihuahua: Textron Aviation, BELL, Honeywell, EZ AIR- Embraer, Bombardier, and Kaman Aerospace. As part of the cluster, there is a solid base formed by certified world-class companies such as Safran Aerosystem, Safran Electrical & Power, GKN, Dart, Metal Finishing, Tighitco, Arnprior Aerospace, Atlas Group, Nordam, Lisi Aerosapace, Chandler Industries, Soisa Aircraft interios, Altaser, HT-MX, MAKINOVO, CBQ Technologies, and Meins Industries. We also have distribution and supply companies for the aerospace industry such as Incora, Adept fasteners, Wire Masters, Castle Metals, Polymershapes, and TW metals. The consolidation of the aerospace industry has been possible due to the integration of Chihuahua´s Aerospace Cluster.

In this cluster we operate according to the Triple Helix Model of Innovation, which refers to constant interactions between the government and the academia, led by the industry vision formed by the sector companies, the government participation, and educative institutions in the  state. 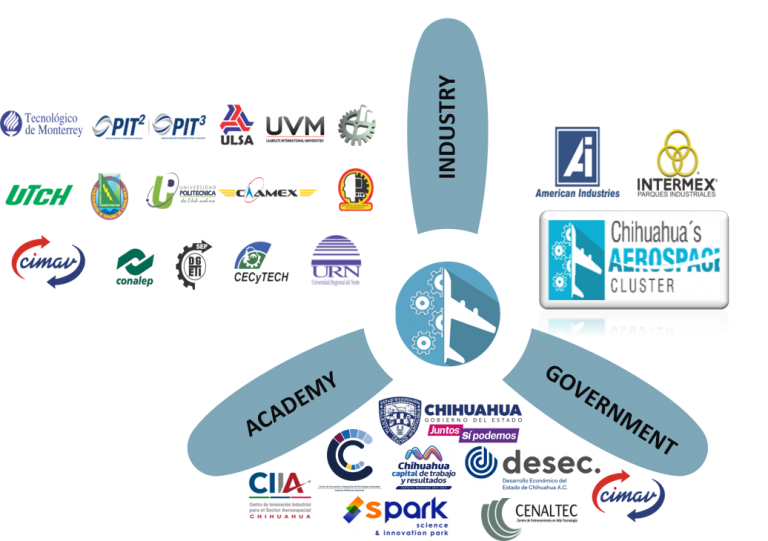 To be a pillar sector in the region’s economic development. Due to Chihuahua’s physical, economic, and financial infrastructure that influences the public policies and private sector, to achieve leadership and world-class competitiveness.

To achieve competitiveness, leadership, image, and the projection of companies supplying the aerospace industry, to facilitate their growth, development, and establishment through value-chain integration, boosting human capital development, and relying on the government and academia’s synergy and support. 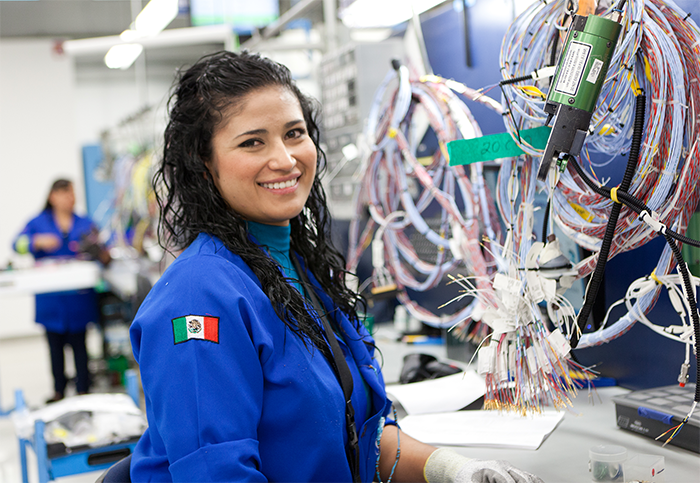